Thank you for reaching out about the many projects planned for the Red Line over the next few years. At the outset, I apologize for the length of my response, but I feel it is important to express my thoughts, concerns, and hopes for these projects. 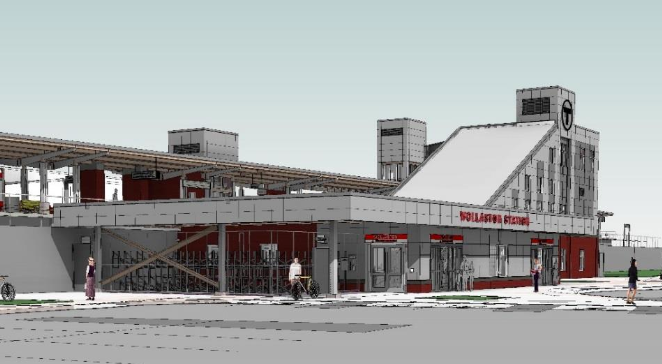 The Past – A Neglected Red Line

Since first extended to Quincy and Braintree over 40 years ago, the condition of much of the Red

Line’s infrastructure has steadily deteriorated. Stations and garages have been neglected, the Quincy Center garage has been closed, there is flooding at the Wollaston station, and that station is not accessible for people with disabilities. Because of outdated power sources and signalization, and due to the age of the Red Line cars, delays are a regular occurrence. Over the years, I have received many complaints regarding all of these conditions.

The Response – A Comprehensive, $900 million Plan

Work is now underway, and planned for, the entire Red Line. Winter resiliency upgrades continue along the whole line, work is underway to replace the entire fleet of Red Line cars, and signalization upgrades are ongoing, which will allow those new trains to operate at peak efficiency, increasing the number of trains running per hour from 13 to 20. Starting next Fall, the demolition of the long-closed garage at the Quincy Center station will begin, as will the reconstruction of the Wollaston station, accomplished with a 20 month closure of the station. Planning continues for the construction of a new garage at North Quincy, followed by mixed use development.

When the various projects are completed, after a total investment of over $900 million, the Red Line will be completely transformed in appearance and, more importantly, in the quality of service provided to riders.

The Quincy legislative delegation has been working with officials in Quincy and Braintree, carefully monitoring the various proposals, and expressing our concerns to the Governor, the Secretary of Transportation, and the MBTA about how to best manage these projects.

We have pushed for transparency and extensive public input, as follows:

In addition to the above meetings that have already helped to shape the project, and in response to numerous calls and emails from residents who need more information and would like more opportunities to give their feedback, we have called on the MBTA to hold at least one more public meeting before major construction begins:

As a result of the meetings and communication with commuters, we will focus on the following:

The Decision to Close Wollaston Station

The closure of the Wollaston station has raised a lot of concerns, and has prompted many commuters to express their desire to have the station remain open during its reconstruction. I support the closing of the station for approximately 20 months for the following reasons:

The Red Line’s Time is Now

Many communities have and will spend a generation advocating, without success, for the commuter upgrades that the Red Line is now scheduled to receive. Proponents of rail service to Springfield, the North-South Station Rail Link, the South Coast Rail, and the Blue Line extension to Lynn, just to mention a few projects, would gladly take the funding presently allocated for the Red Line projects detailed above. My goal is to help bring to Quincy and Braintree the Red Line that we deserve, on a feasible timeline and in a manner that controls costs to the taxpayer, while also being mindful and thorough in mitigating disruptions to our quality of life.

I thank all for the frequent and constructive input I’ve received about these projects. I look forward to continuing this dialogue with the residents of Quincy and Braintree, local officials, and with the Baker administration and MBTA officials. Working together, we will mitigate inconveniences and overcome obstacles, and when all the work is done, we will see a modern, reliable Red Line, able to efficiently carry commuters for many decades in the future. Its impact on our quality of life, the vibrancy of our neighborhoods, the values of our homes, and on our local economy, will be enormous.

View all posts by senatorjohnkeenan