Our Police Officers. They protect us – it’s our obligation to protect them. And we do. They deserve nothing less.

I have received many inquiries about a vote the State Senate and I took late yesterday during the third day of budget deliberations on the FY 2017 State Budget. The amendment in question was number 1098, offered by Republican Minority Leader Bruce Tarr. The amendment was to provide $300,000 for bullet proof vests. The amendment did not initially pass.

For context, over the course of three days, the Senate considered 1,167 amendments. Some passed, most did not. During the days leading up to the filing of amendments last week, and from that point right until the final budget was voted on late last evening, advocates were in constant contact with legislators regarding most of the amendments. For instance, two fire chiefs in my district reached out to me seeking funding for the Plymouth County Emergency Communication network, a priority for public safety officials in Abington and Rockland, and I was able to work to secure funding for this program.

At the time amendment 1098 came up for debate, a week after amendments were filed, not a single person had contacted my office in support of it. Not one. Not a police officer, not a state trooper, not a police chief, not a police union, not one of the police associations, and not a sheriff, all of whom we work with on a regular basis on a whole host of local and statewide law enforcement issues. As I learned from colleagues, they were not contacted either. Even the chairman of the Public Safety Committee, who daily works with law enforcement, was not contacted regarding any support or necessity for the amendment.

Why? Why weren’t members of the State Senate contacted on this amendment? Quite simply, because police officers all across the Commonwealth have ready access to bullet proof vests under existing federal and state programs, and will continue to have access to that vital piece of safety equipment. To further ensure this, the amendment was re-drafted with appropriate language and passed by the Senate with 37 votes in favor, including mine. This was not reported. 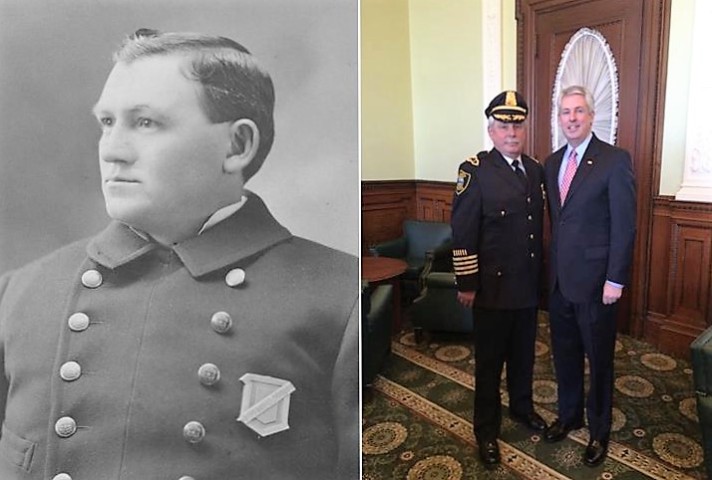 So, simply put, the budget passed by the State Senate last evening includes the appropriate language and necessary funding to ensure that our public safety officers continue to have bullet proof vests provided to them. They protect us, and it’s our obligation to protect them, and we do. They deserve nothing less.

View all posts by senatorjohnkeenan